R.I.P Link Building- the death of SEO as you know it..

The top questions I get asked as a Marketing Executive & Mentor is what should a site owner do to rank better in Google in order to bring more organic (free) traffic & what are the latest “tricks” in SEO (Search Engine Optimization)? Well read below to see what the future of SEO will become before 99% of the Internet Marketing World.

… My answer to the SEO challenge usually is to use the customer information already in their possession. This might mean it’s time for them to get to know their customers for the first time, using the data they already have that has been ignored due to not lack of analytic resources, using this data enables them to put their entire focus on customer-centric activities.

That is easier said than done, because in the past many of your competitors have been finding a way to cheat the system. A parallel I can compare this with is the steroid age in baseball & cycling. If everyone is cheating you are in the disadvantage for doing the right thing. This is the battle Google has been trying to fight for many years with SEO’s.  Google’s business is helping users find answers to the problem they are trying to solve while making money on advertising. On the other side are the SEO’s who have been hired by organizations to get them to rank high and bring in more organic traffic.  They were hired to achieve rank as opposed to actually building a content strategy that would help the end user solve their problem.

Last year Google took away from SEO’s their first crutch to truly digging in and understanding their customers…  “Keyword Data.” The majority of SEO’s cried foul and said it was unfair that Google was trying to force more people into paid advertising. Most of the top SEO’s adapted and held on tightly to their most coveted asset- links. Links have been the foundation of PageRank and the bread and butter of SEO for years. An entire industry of tools have risen from this foundation, from MOZ’s and their very popular “open site explorer.” Other tools allowed you to see what links you have verses what your competitor has so that you and your team can go get their links or get better links. Great SEO strategies came out of this, but  with the good came the bad. Spam links, buying links, fake guest posts… the works. Entire content strategies have been built for the premise of getting links to achieve rank instead of building great content for the user.  It was only a matter of time before this was taken away by Google. They are a business and their only concern is the ability to give their users the most relevant content, in effect increasing their bottom line.

Several weeks ago Google’s Matt Cutts (head of Google’s web spam team) latest video had Google admitting they test their search results by turning off link data as part of their algorithm. Matt Cutts said the results would be “much much worse” if they did indeed do that in real life. This led Elisa Gabbert from  WordStream to ask the top 13 experts in the SEO world to give their opinion of what would happen if link were no longer the driver of organic search. This got the top SEO’s in the world taking sides. Half said this would never happen and the other half fired back that it would happen but not for 5 to 10 years.

This truly had me intrigued … but one fact had me thinking twice about buying these comments (even though I respect of some of these experts such as Rand Fishkin, who has been telling SEO’s for years that they must start being real marketers.) I could not take their opinions as full realities because most of them have financial & career interest on links still working. After all it has been the foundation of what their industry has been influenced by for years. Who would want to be the first to tell their clients “You know for the the past half a decade all the strategies I have been telling you to invest in will no longer be relevant starting next week.” ?

Matt’s key points grabbed my attention and prompted me to do some of my “Mulder” work, knowing that “the truth is out there”  (X-Files Reference- had to do it). After searching the internet for clues I realized that all these algorithim changes start somewhere, and for Google it starts with their research department … After reading about half a dozen papers written by some of the brightest minds at Google, I found a paper titled “Near Neighbor Join.” It appeared to be a paper about Google maps or something based on location,  but after noticing that it was written by some of the search team researchers, I knew I had stumbled on something special. The paper will  be presented on April 2 at the IEEE conference, but you can read it here on the Hypepotamus website. (Read at your own mental discretion since it’s written for phd’s).

See below a nice snippet of “Near Neighbor Join” 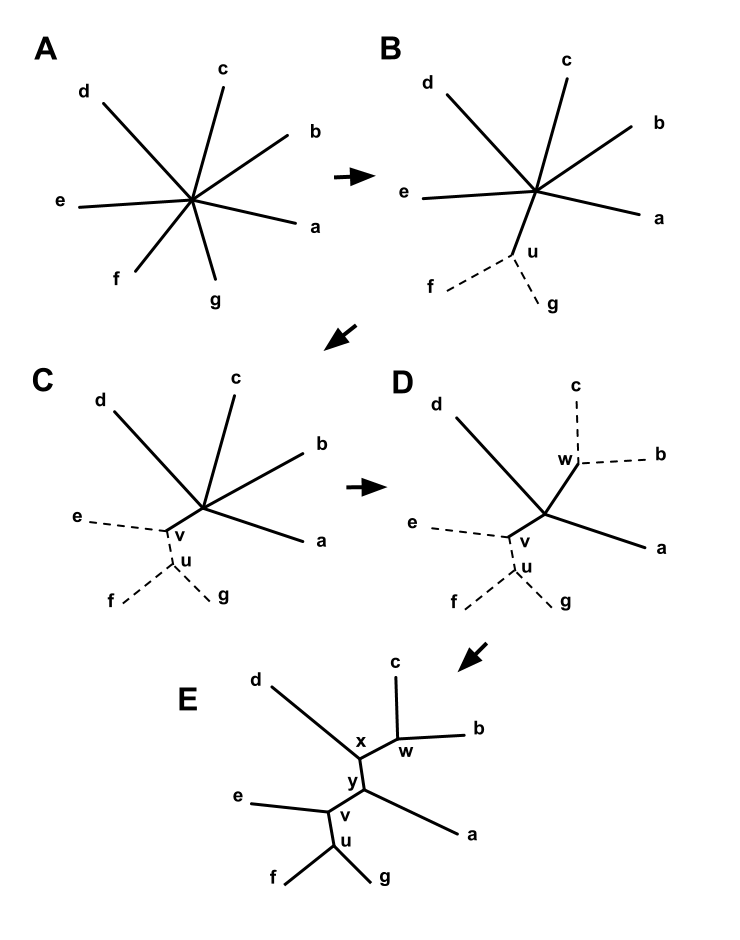 The basic premise of the paper and it’s formulas & algorithms is to describe how Google will use the “Near Neighbor Join” theory that is borrowed from Bioinformatics to do DNA sequencing, and apply it to search. Rather than use 1 or 5 or more signals (such as links) that can be manipulated, they will instead use billions of signals that will be nearly impossible to cheat.

Take note of the references of using this theory in combination with big data & machine learning data within the paper. These bring in much larger implications. Google will be looking at billions of signals to make correlations of relevancy. Due to machine learning language in the near future there will not be the normal, annual, or even monthly algorithm changes such as Google Penguin. This will enable a daily or maybe a real time self learning algorithm. We could call it “skynet penguin.”

What does this mean for the website owner? Get back to the basics. Learn about your customer and create content that helps them address the problem that your organization was created to solve. The beautiful thing is that now we are empowered with a lot more feedback from our customers then we had 10 years ago. There are so many more tools now, including web analytics, that are free or low cost that can help you to truly understand what your customer wants and needs.

If you have an in-house SEO or an outsourced SEO team and all of their strategies are rooted on Keywords & Links, it might be time for some retraining or even a fresh start, the future of your revenue is dependent on it. If they are giving you advise and have not done a deep dive on your customer data funnel then that is a warning sign to to walk away.

So when is this going to happen? One thing I know for sure its not going to be in 5 to 10 years like the SEO’s suggested. Google has been researching this extensively, here are links to previous papers in 2012 and 2013. I looked at some of their other papers in other business units and I noticed launches of products around 6 months after their papers were presented others were 12 months or more, but definitely not half a decade away. I would not be surprised that after the conference the research team hands over their findings to a big team at headquarters to start implementing. There is a term in the Military for the video that Matt Cutts posted that I mentioned above… “A shot across the bow”… the Nuke is coming… and being loaded… 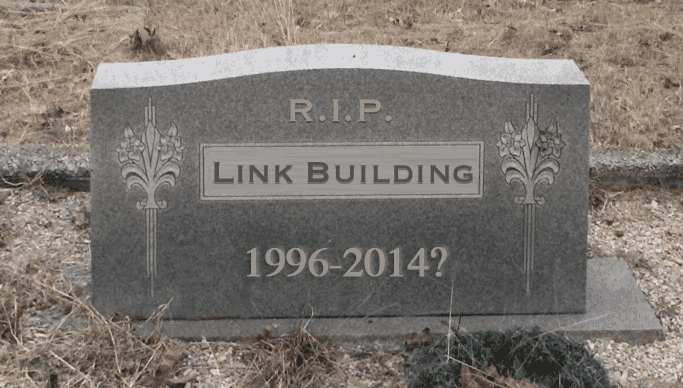 Get ahead of the game. Start looking at all the data you have, analyze your conversion funnel, see what content is helping your customers get to their goals, track customer behavior, and then segment your customers by lifetime value, by influencers, conversation rate and by conversion rate. Help your users solve their problems and Google will see you as a partner to their mission: to organize the world’s information and make it universally accessible and useful. If you stick to that you will weather this SEO storm.

Contributor Article – Taken for a Ride: Why...